Simon Hammelburg presented his new book in The Netherlands on November 4 in Amsterdam at the Van Rossum Bookstore and on November 5 in Schiedam at the Stolpersteine Foundation. Dad Simon (second generation) handed the first copies of the book to his daughter Esther (third generation) who’s pregnant with his grandchild (fourth generation) that will enrich the happiness of the Hammelburg family shortly. 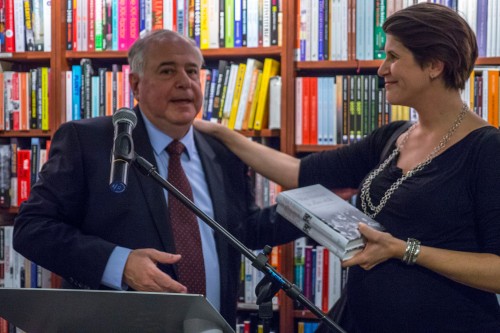