Simon Hammelburg (1952) is a well-known Dutch author, journalist and songwriter.

During the seventies he started his career as a news broadcaster with AVRO Broadcasting (Radio & TV) in Holland. He worked as an anchor as well as a travelling journalist. In the eighties he became the United States Bureau Chief for Dutch and Belgian radio and television, as well as for several newspapers and weeklies.

Hammelburg co-authored various books, such as My Judaism (1980), Our Judaism (2017) and wrote Kaddisj voor Daisy (1996), Broken on the inside – The War never ended (2014), based on 1200 interviews with Holocaust survivors and their children, providing excellent insights into the trauma’s of the first and post-war generations of Holocaust victims, and the novella Het Voorgesprek (The Pre-Interview) (2017).

As usual Hammelburg writes this books in his sober journalistic style with many intriguing dialogs and a lot of humor. He is a Holocaust educator giving lectures in Europe, the United States and Israel. 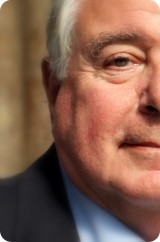